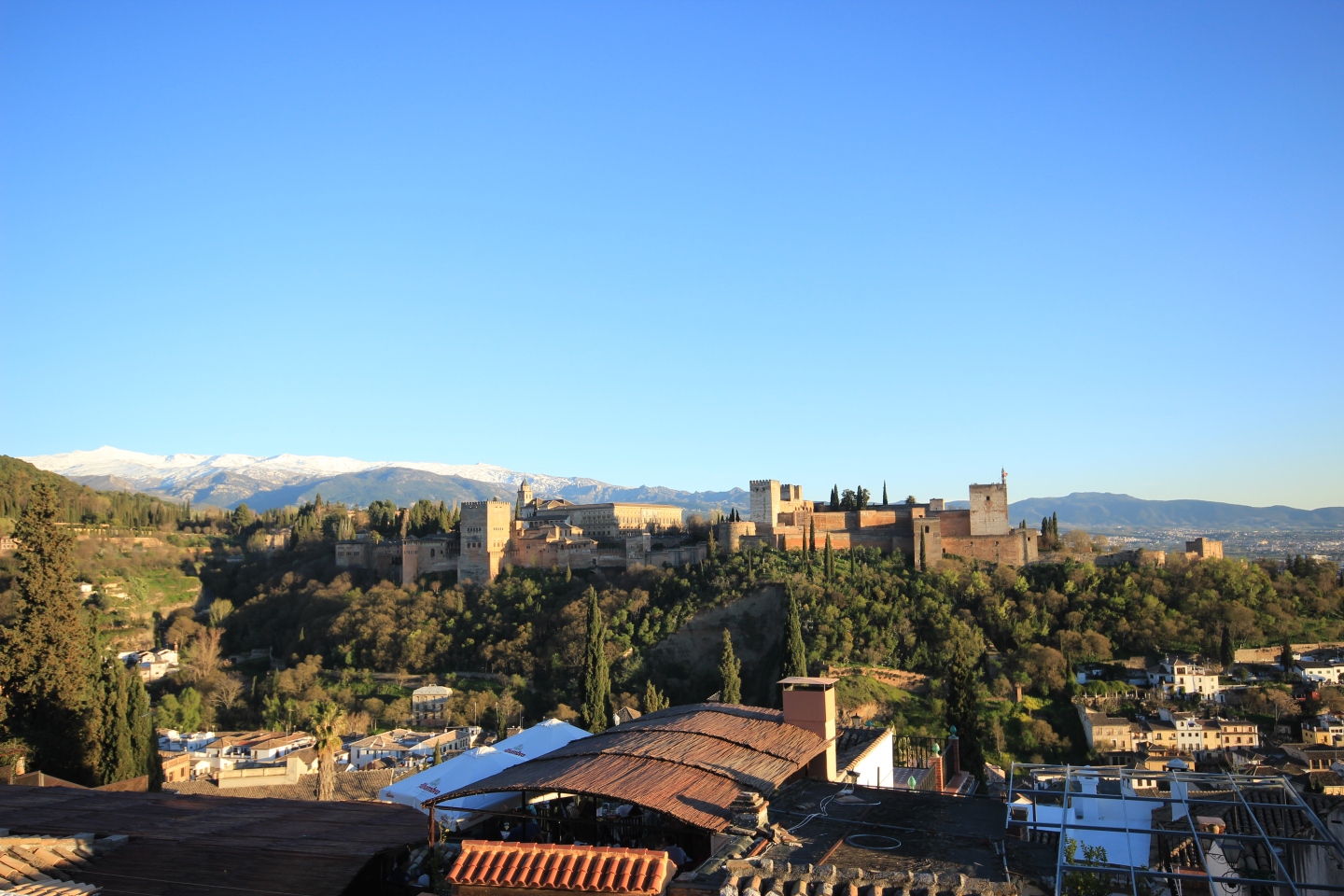 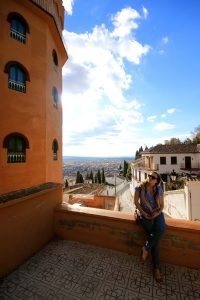 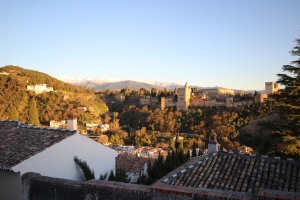 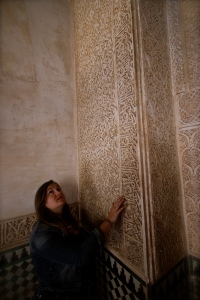 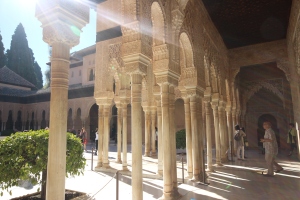 In Granada they give you a free tapa with every drink you order! It feels like you’re getting a free meal, and sometimes they’re so good that I actually feel guilty that I haven’t paid for this delicious snack. This is the origin of tapas, seen as a ‘gift of the house’ and they are meant to increase in quality in quantity every time you order a drink. Of course fast forward a few centuries and free food isn’t commonplace in many Spanish cities anymore, with the exception of Granada.

We’re doing another Air BnB in Granada, an apartment right in the heart of the city that belongs to Antonio and Jazmin. There’s always a little bit of trepidation arriving and ringing the bell, not knowing what inside will hold. Friendly hosts? A room that bears no resemblance to the online photos? Other travellers? Americans??

Thank goodness the second that Antonio received us we were immediately relaxed, he spoke English really well and greeted us as if we were old friends. The apartment is great, quite big, with two rooms that they rent out to travellers on Air BnB. We seemed to have hit the budget travellers’ lottery, our room is stunning! The comfiest bed we’ve had yet, beautifully decorated, and two balconies that overlook the Plaza Nueva, and of course Antonio and Jazmin as great hosts as a bonus. We cannot believe that this is only costing us $AU45 a night.

Granada is a small and charming city, sitting at the base of the Sierra Nevada mountain, and there’s really only the one major tourist attraction – the Alhambra. It’s a huge palace and fortress, one of the oldest in Europe and dating back to 889. Originally built during the Muslim rule, then taken over by the Christians many centuries later, the Alhambra has had a history of being extended, than abandoned, then restored, then left derelict, then extended again. What we’ve ended up with though, is one of the most amazing attractions I’ve ever come across. The Islamic style architecture and patterns throughout the palace Nazaries is something else. To visit the Alhambra you need to book tickets sometimes weeks in advance –something we didn’t know. So we had to walk the steep incline to the palace at 7.00 in the morning and wait in line for an hour with our fingers crossed –thankfully it was fine, and it was well worth the early walk.

We only have four days here, but that’s more than enough to get a feel for the place and see everything you need to. The tapas might be considered an attraction after the Alhambra, for us it was anyway. Our favourite place was called Bar Poë, a small bar run a British expat Matt and his wife Anna. It’s right near the uni, so it’s constantly brimming with students –Spanish and international. Every time you order a drink, instead of just giving you a tapa, you actually get to choose one from a menu! The menu reflects Matt’s travels around the world, and Anna’s African and Portuguese heritage, things like coconut chicken, chickpea salad and piri piri pork among many others. The tapas are so delicious that this where I feel most guilty not paying for the free food, but Matt and Anna seem to love their job and are proud of their bar. We went there three times, the first time twice in the same night! We had met a cool German couple, Stefan and Maggie, and spent most of the night at Poë talking and eating just about the entire menu over the course of ordering a lot of drinks!

I know what I said about Seville, ‘my new favourite Spanish city’. And I wish I hadn’t. Granada is something special, so different than the buzzing metropolises of the bigger cities we have seen. It’s still buzzing, but in a way in which you don’t feel overwhelmed with the city –you actually feel a part of it. I think I’ve decided to not have ‘favourites’ anymore, I don’t see the point. To suggest favourites is pitting different places and experiences against each other, rather than just seeing and enjoying the moment that the city has to offer you.

I just had my first travel-meaning-of-life epiphany. Hopefully there’s a few more. 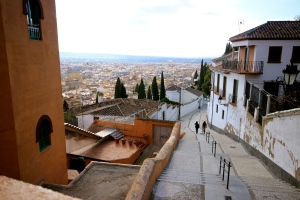 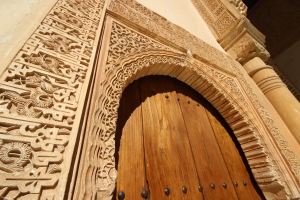 Now we’re off to catch two buses over eight hours and we will arrive in Lagos, Portugal.